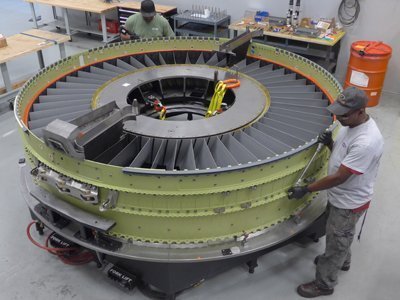 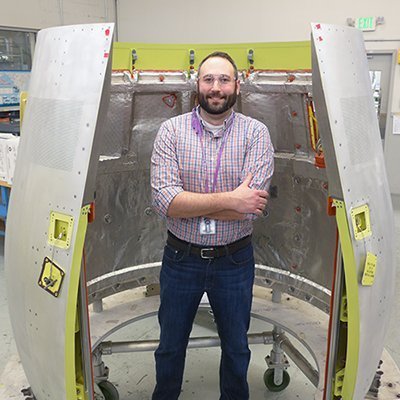 Michael Sacra started his career at Middle River Aerostructure Systems as an analysis team intern in the summer of 2006 during his senior year at the University of Delaware.

A mechanical engineering student at the time, he kept in touch with the company after finishing his internship and joined the team as a full-time employee following graduation. Since then, Sacra went from an entry-level stress analyst to the lead stress analyst on several programs, growing to his current role as the C919 Engineering Program Manager.

As a Middle River Aerostructure Systems intern, Sacra experienced the scope of stress analysis work, performing tasks to the same extent as the rest of the team.

“There wasn’t any typical intern work – I was performing real tasks and learning the analysis tools that real employees used,” he explained.

“While I was still learning, and my capabilities were limited, the MRAS team treated me as if I was an actual employee.”

At the end of the summer program, Sacra, along with other interns, received constructive feedback and a performance evaluation, as well as suggestions for improvement – giving them the opportunity to learn from their experience and grow as professionals. After joining MRAS as a full-time employee, Sacra has continued to develop his skills, becoming more involved with hands-on work on the shop floor. “One of my proudest accomplishments is developing repairs that we now use internally, as well as externally for customers out in the field,” he added. 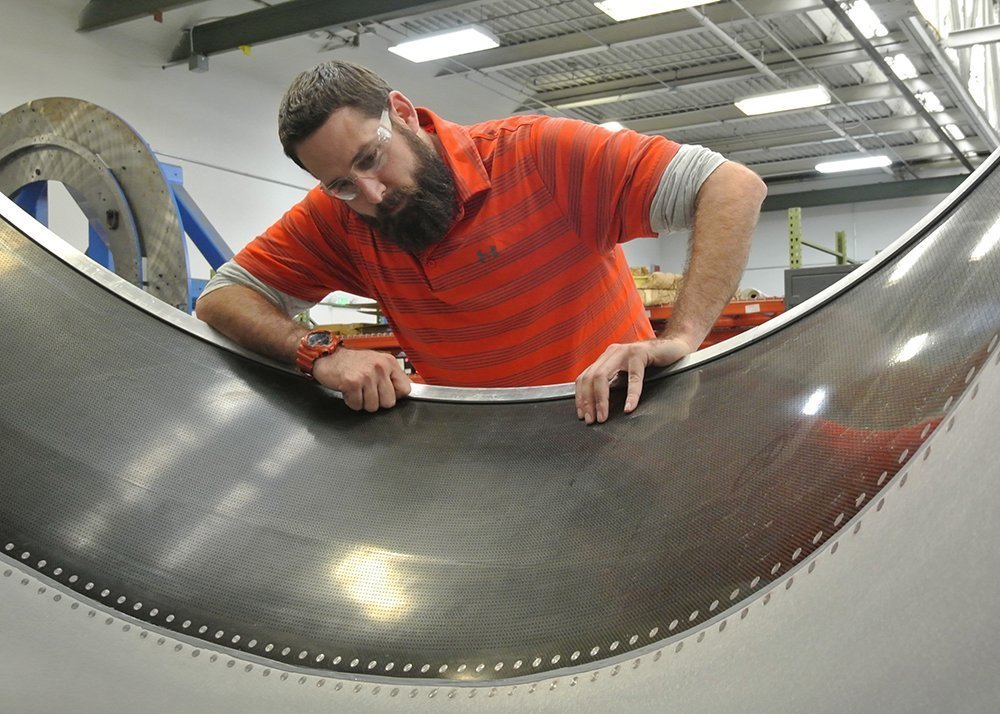 Joseph Young, a manufacturing engineer, has been with Middle River Aircraft Systems for 10 years – and began his career as an intern. After finding his internship in manufacturing engineering through a career fair at the Community College of Baltimore County, Young spent four years with the company while completing his degree, working year-round and even changing universities in the process.

After transferring to the University of Maryland, Baltimore County, he continued his internship at MRAS, and went on to secure a full-time position post-graduation, continuing to work in manufacturing engineering.

“I’ve grown to like the supply chain process, and this is where I see myself professionally. I can’t see myself doing anything else.”

“Manufacturing gives the ability to be down on the shop floors, physically touching parts and helping build them as well as figure out why things are or are not working as they should,” explains Young.

Christopher Grzymala is an example of a former intern who has built his entire professional career at Middle River Aerostructure Systems. Throughout his 34 years with the company and its predecessors, this Loyola University graduate handled a wide range of tasks leveraging his flair for accounting – including everything from invoicing and government accounting to financial reporting, auditing, and business consolidation oversight.

Grzymala joined MRAS as an intern after his freshman year of college. At the time, the company was part of Martin Marietta, and he was encouraged by his father – who worked in the company’s procurement/resourcing. Grzymala was assigned to the accounting department; a happy coincidence, as he already was planning to pursue an accounting degree while at Loyola University.

For the next three years, Grzymala balanced his studies and intern duties – oftentimes attending classes in the morning and going directly to work later in the afternoon. He was offered a general ledger position after graduation and has been with MRAS ever since, playing key roles over the years as the company evolved through multiple owners – from Martin Marietta to Lockheed Martin, followed by the sale to General Electric, and the subsequent acquisition by ST Engineering in 2019.

“Change comes easy for us because MRAS has been changing for the last 90-plus years…starting with its 1929 origins as the Glen L. Martin company.”

Grzymala is now the Controller at MRAS, responsible for planning, directing, and coordinating all accounting operational functions; and also serves as Chief Financial Officer for the company’s Nexcelle engine nacelle joint venture with France’s Safran Nacelles.

Admitting that his own career path was a bit unique, Grzymala hopes to show there are advantages to saying with one company over the long term. 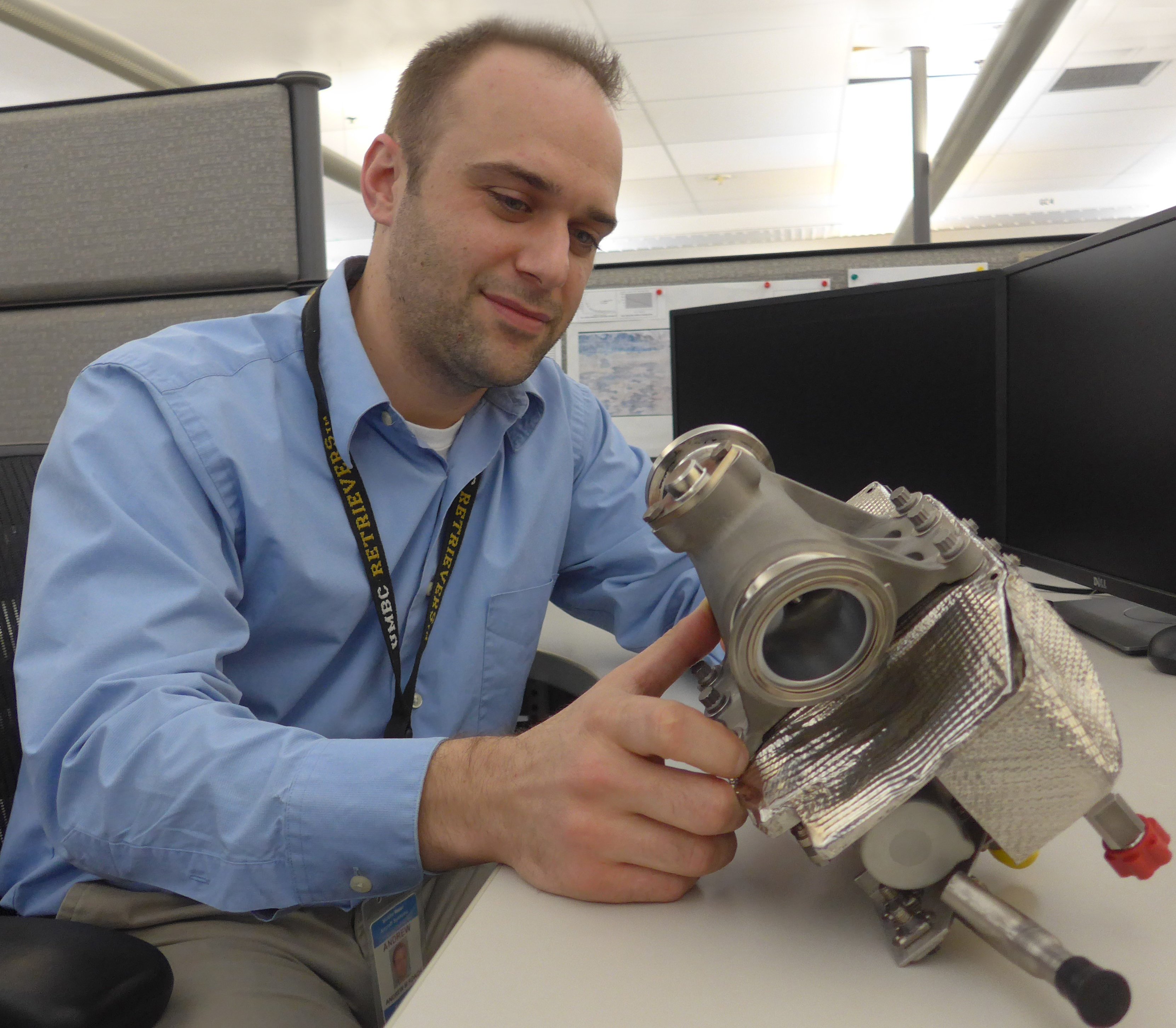 Andrew Roach is an advanced lead engineer for the thrust reversers and nacelle components produced by Middle River Aircraft Systems to equip the Airbus A320neo jetliner.

A University of Maryland, Baltimore County student for his undergraduate and graduate degrees, Roach had two internships at MRAS.

During the first, he was working with project life cycle management system for engineering products, from initial design to approval and release; during his second internship, he worked with next-generation nacelle technologies, testing new materials and next-generation thrust reverser designs.

“Being able to see the product from the initial design and taking it all the way to the final testing is a very rewarding experience.”

While at MRAS, Roach began working on composite materials and aerospace structural design – and decided that was the area he wanted to focus on professionally. “I was able to experience that while working with thrust reversers, designing, building and testing a new, full-scale thrust reverser that promises improved performance and fuel burn,” says Roach.