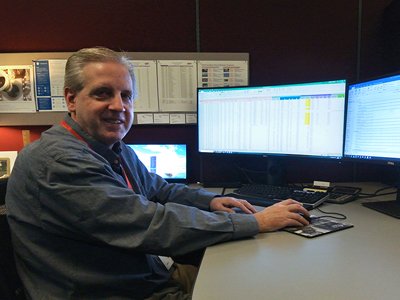 Christopher Grzymala is an example of a former intern who has built his entire professional career at Middle River Aerostructure Systems. Throughout his 34 years with the company and its predecessors, this Loyola University graduate handled a wide range of tasks leveraging his flair for accounting – including everything from invoicing and government accounting to financial reporting, auditing, and business consolidation oversight.

Grzymala joined MRAS as an intern after his freshman year of college. At the time, the company was part of Martin Marietta, and he was encouraged by his father – who worked in the company’s procurement/resourcing. Grzymala was assigned to the accounting department; a happy coincidence, as he already was planning to pursue an accounting degree while at Loyola University.

For the next three years, Grzymala balanced his studies and intern duties – oftentimes attending classes in the morning and going directly to work later in the afternoon. He was offered a general ledger position after graduation and has been with MRAS ever since, playing key roles over the years as the company evolved through multiple owners – from Martin Marietta to Lockheed Martin, followed by the sale to General Electric, and the subsequent acquisition by ST Engineering in 2019.

“Change comes easy for us because MRAS has been changing for the last 90-plus years…starting with its 1929 origins as the Glen L. Martin company.”

Grzymala is now the Controller at MRAS, responsible for planning, directing, and coordinating all accounting operational functions; and also serves as Chief Financial Officer for the company’s Nexcelle engine nacelle joint venture with France’s Safran Nacelles.

Admitting that his own career path was a bit unique, Grzymala hopes to show there are advantages to saying with one company over the long term.