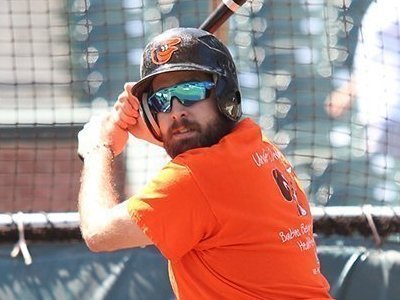 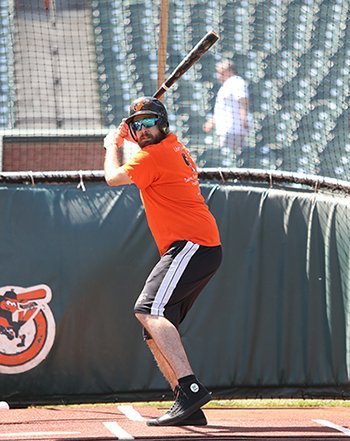 A Middle River Aircraft Systems employee was the center of attention recently at Camden Yards – home to the Baltimore Orioles of Major League Baseball – where he represented the company in a pre-game batting competition.

Manufacturing Engineer Joseph Young participated in the Orioles’ “Swing for Your Seats” promotion in April, which gave season ticket holders the opportunity to win tickets at no cost. MRAS purchases the season-long seats at Orioles games for distribution within the company in recognition of employees’ team engagement activities.

“I grew up playing baseball my entire life and consider myself a true Orioles fan, which is known around the plant,” said Young. “MRAS management asked if I would like to represent the company in ‘Swing for Your Seats.’ I said yes without hesitation.”

Batting from home plate against a pitching machine, each season ticket holder/representative was given three 55-60-mph pitches to hit a home run, and if they succeed, earn their tickets. There were other incentives for hitting the outfield wall and other targets.

Though unable to “knock one out of the park,” Young performed extremely well – making contact on all three pitches, including a line drive to left center in the 275-300-ft. range. It was the best-hit ball of his group.

“For a kid who was born and raised in Baltimore watching the Orioles and spending many summer days at Camden Yards, the opportunity to hit on the field was one I will never forget.” Young concluded.