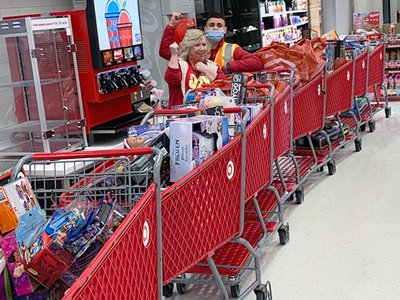 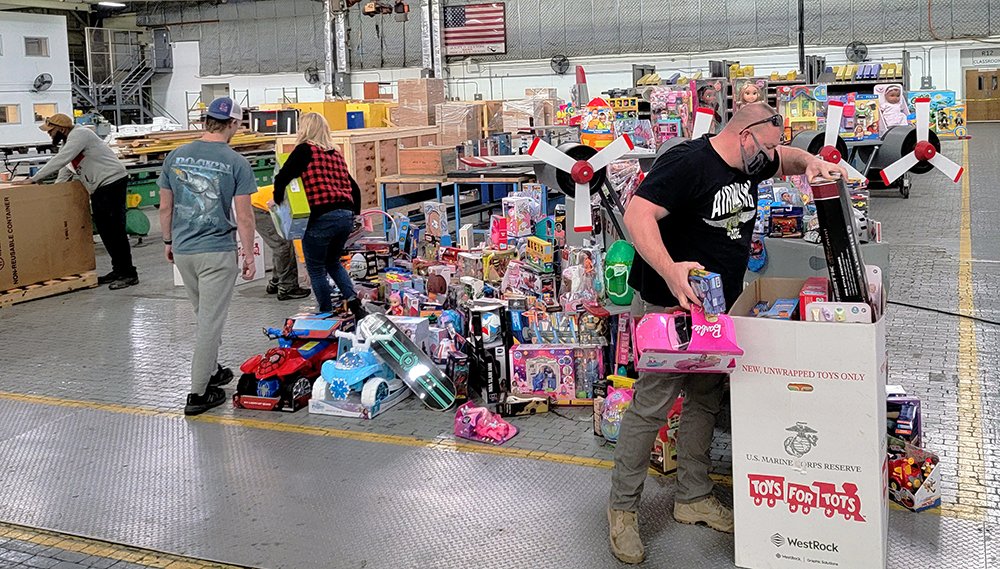 Holiday presents purchased from the money donated by MRAS and also raised in an employee silent auction are sorted for pickup by the Toys for Tots charity.

The generosity of Middle River Aerostructure Systems (MRAS) and its employees allowed less fortunate children to experience Christmas joy with hundreds of toys, games and other presents donated for distribution in the company’s region around Baltimore, Maryland on the U.S. East Coast.

Up to $7,000 was raised to buy these gifts: approximately $2,000 was collected through an employee silent auction, and $5,000 was provided by the company.

The silent auction had a motivational theme: seven reserved parking spots were up for bids at MRAS’ massive 1-million sq. ft. facility in Middle River, Maryland – where jet engine nacelles, thrust reversers and aerostructures are produced for such airframers as Airbus, Boeing, COMAC and Embraer. Employees with the winning bids were given access to these close-in parking locations for all of 2022.

“We were very pleased with the amount of money raised through the silent auction, which was further boosted by the company’s own donation,” explained Christopher Crowe, a Human Resources Specialist in the Human Resources Department, who coordinated this year-end demonstration of MRAS’ corporate social responsibility.

MRAS’ holiday presents were distributed by the Toys for Tots charity

He was joined by three other MRAS employees in buying the gifts at two local department stores: Bob Kuhn and PeeWee Bonner from the Facilities and Maintenance Department; along with the Manufacturing Engineering Department’s Brandy Simon. Crowe and the team had some helpful on-site support, as store employees assisted in making the selections, and a dedicated check-out lane was provided for the payment processing.

The gifts were provided to one of the best-known U.S. charities for the Christmas holidays: “Toys for Tots” – a not-for-profit public program run by the United States Marine Corps Reserve. Collection of the gifts was made by members of the Marine Corps Reserve, who came to the MRAS plant in their distinctive dress uniforms to pick up the donations.

“We were told the Toys for Tots program was struggling for donations in 2021, and that our contributions were highly appreciated,” Crowe added. “It made our efforts even more gratifying, because being a responsible corporate citizen in the region where we work and live is important to everyone at MRAS.”

MRAS’ donated gifts for disadvantaged children included toys, games and other presents, which were distributed by the Toys for Tots charity – a public program run by the United States Marine Corps Reserve.