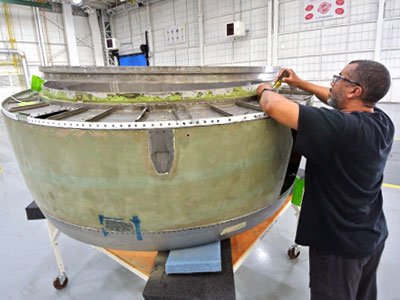 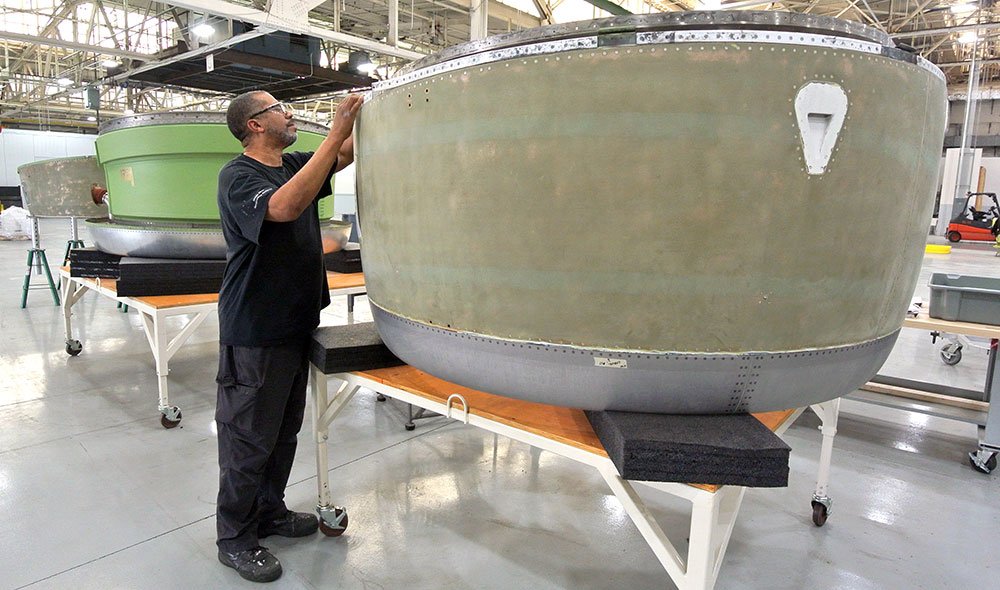 Backed by a multi-million-dollar investment in tooling, machinery and systems, this step marks a major evolution of the MRO capabilities that MRAS performs under the authority of its FAA/EASA Part 145 Repair Station Certificate – including complex composite and metallic repairs, as well as bonding.

Starting with a complete floor-to-ceiling refurbishment of the dedicated MRO shop area – from installation of smart lighting to all-new electrical wiring and heating, the company is building out the MRO operation with acquisition of such equipment as a hydraulic test stand for thrust reverser deployment functional testing, paint and power wash booths, component lift stands and a vertical carousel for parts.

Large-scale systems such as a 30-ft.-wide sanding booth and a 32 X 25 X 16-ft. blasting booth will accommodate the processing of nacelles and thrust reversers from the largest, highest-thrust engines, according to Jeremy Tschaepe, the MRO Leader at MRAS.

“We’re unique in co-locating these MRO resources under the same roof as our 1-million-square-foot design, development and manufacturing operation at Middle River,” Tschaepe explained. “This enables us to fully benefit from MRAS’ knowhow through our decades of nacelle and aerostructures production for such aircraft and engine manufacturers as Airbus, Boeing, Embraer, Bombardier, GE Aviation and CFM International.”

For the CFM56-5B, CFM56-7B and V2500, these MRO capabilities encompass the full nacelle system: from inlet and fan cowl to the thrust reverser. As part of its overall MRO investment, MRAS has sets of CFM56-7B and V2500 nacelle components for exchange – enabling rapid-reaction swap-out.

MRAS’ location in the Baltimore, Maryland area places it at the heart of the U.S. East Coast air corridor served by large fleets of Boeing 737NGs, and strategically positions the company to support airlines that operate A320s across North America.

Included in MRAS’ Repair Station Certificate’s MRO authority is the composite thrust reverser transcowl it produces under contract to Safran Nacelles for the Airbus A320neo family – one of the world’s best-selling single-aisle jetliner product lines. The company also has initiated nacelle repairs on GE Aviation Passport engines that equip Bombardier’s Global 7500, with this activity picking up as more of these large-cabin business jets enter service worldwide.

Increasing MRO capacity, and setting the stage for future growth

King Thompson, the Senior Sales and Customer Support Manager for MRO business at MRAS, said the company’s expansion of its maintenance, repair and overhaul resources comes as airlines strive to minimize their expenses more than ever, and streamline their supply chains.

“Whether the airlines are large, medium-sized or small, they all want to keep their aircraft available for the operation to the maximum extent possible today – while reducing the number of MRO service providers to a key group of core suppliers,” he explained. “With MRAS, we’re an MRO shop offering full capabilities in a single location and providing complete service solutions through long-term relationships as a single vendor.”

Thompson added that the MRO shop’s enlargement at MRAS substantially increases the company’s capacity for maintenance, repair and overhaul work on nacelle systems covered by its Repair Station Certificate, while also opening new opportunities – including with nacelles that equip high-thrust engines.

This business complements the activity of MRAS’ parent company, ST Engineering, which is the world’s largest provider of airframe MRO services. 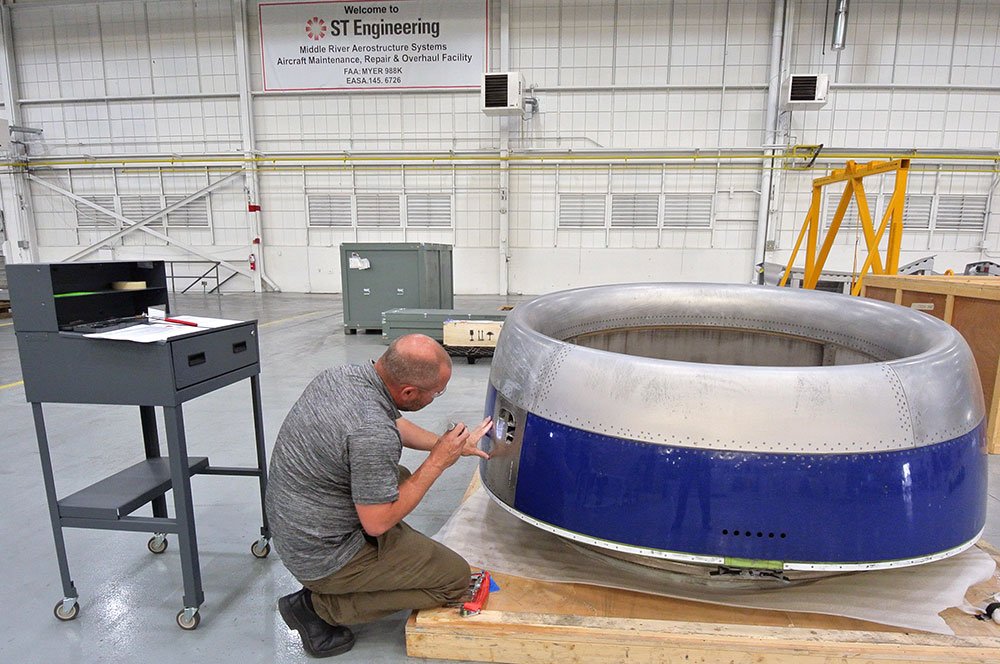