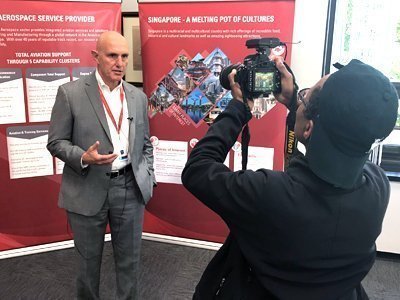 This was the message of Serh Ghee Lim, President of ST Engineering’s Aerospace sector, who spoke to MRAS’ nearly 900 employees at an introductory Town Hall meeting at the Middle River facility on April 29, followed by a Media Day event with reporters from local news organizations and trade publications. 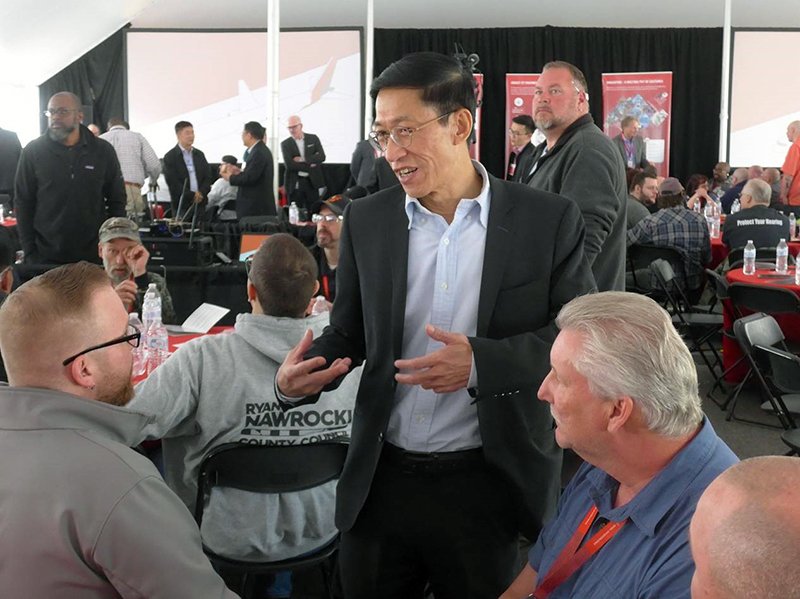 “Over the years, we have grown the Aerospace business globally,” Lim told employees during the Town Hall meeting. “From our origins as a strongly engineering-focused company in military aircraft maintenance, we expanded our capabilities and invested in capacity to grow into the commercial aviation MRO (maintenance, repair and overhaul) marketplace as well.”

He explained that Middle River Aerostructure Systems is a strong fit for ST Engineering’s strategy to grow its new business, given MRAS’ expertise and proprietary designs in nacelle manufacturing and composites.

“Drawing from MRAS’ nacelle expertise, ST Engineering will go into the OEM (original equipment manufacturer) business of high-value nacelle components and replacement parts,” Lim said at the Town Hall event. “We also will like to have synergies and benefits in the other direction – with MRAS drawing from ST Engineering’s resources, global presence and capabilities as an MRO service provider to enhance the reach in aftermarket support for customers.” 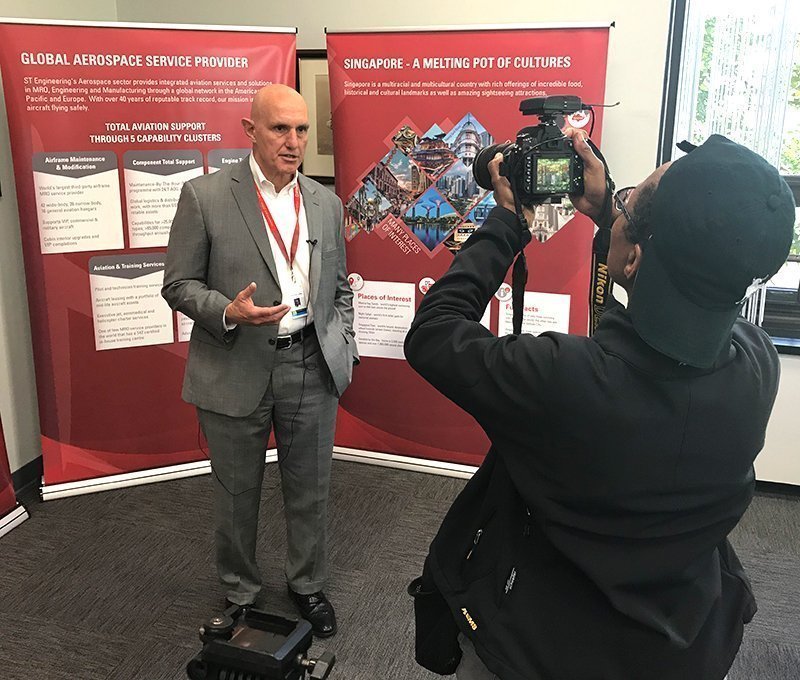 On April 30, it was the turn for news reporters to hear about ST Engineering’s vision for the future, as Lim, together with Frank Dougherty, Middle River Aerostructure Systems’ General Manager and Senior Vice President, hosted a Media Day press conference and tour of MRAS plant.

During the Media Day press briefing, Lim said one of ST Engineering’s plans is to leverage the company’s traditional strengths in MRO by bringing more of such capabilities to Middle River Aerostructure Systems.

MRAS already has stepped up its MRO and services business, applying the company’s nacelle and composite materials expertise after reestablishing its FAR 145 repair shop certification with the U.S. FAA airworthiness authority. Recent business wins in this sector include the PIP (Performance Improvement Package) for GEnx-1B jet engines on the Boeing 787 jetliner.

Speaking to reporters during the Media Day, MRAS’ Frank Dougherty noted the company is well positioned for new opportunities with ST Engineering, benefitting from several hundred million dollars’ investment in the Middle River facility during recent years. This includes over $100 million in machines and robots that have significantly enhanced MRAS’ manufacturing and production capabilities in composite layup, bonding, machining, drilling, trimming and testing. 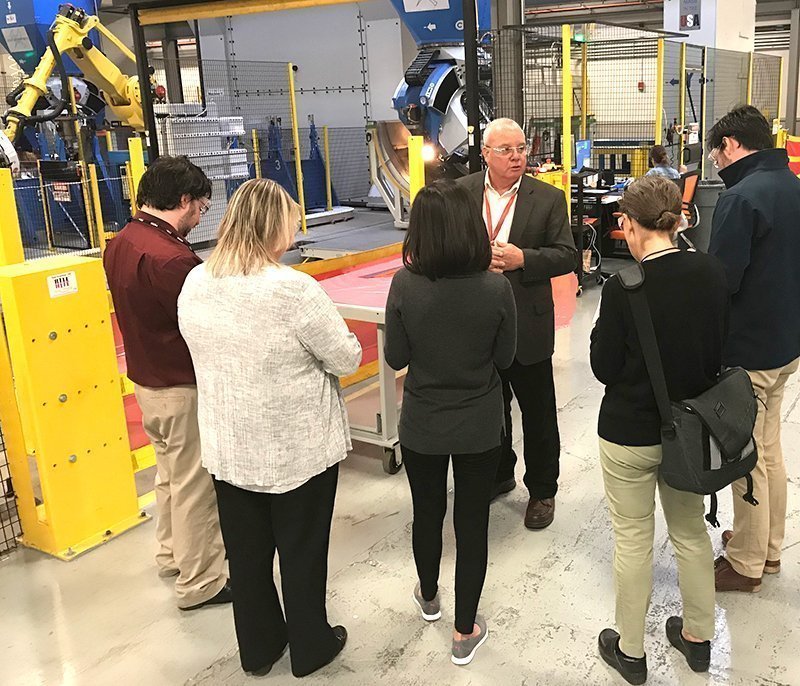 “We are on a growth path, and this is a way into more expansion with ST Engineering,” Dougherty added. “It’s an historic moment for the business here, continuing the 90-year history at our facility – which goes back to 1929 when Glenn L. Martin moved his airplane company here.”

He cited some of MRAS’ impressive production numbers for the company’s nacelle production activity, including more than 900 transcowl thrust reverser sets delivered during the past two years for Airbus A320neo jetliners powered by LEAP-1A engines. This underscores MRAS’ role in one of the most rapid aircraft production ramp-ups in civil aviation history, with the company recently achieving the rate of 60 transcowl sets per month.

To support the A320neo program, Middle River Aerostructure Systems acquired such “smart” production and manufacturing resources as computer-controlled automated fiber placement (AFP) machines for the composite material lay-up in fabricating the transcowls, and a newly-installed robotic assembly cell used for drilling, countersinking and the installation of fasteners on the transcowl structure.

Underscoring MRAS’ longer-run production programs, Dougherty said more than 10,000 thrust reversers have been built by the company for CF6 engines that equip such aircraft as the Boeing 767, Airbus A330 and Lockheed-Martin C-5.