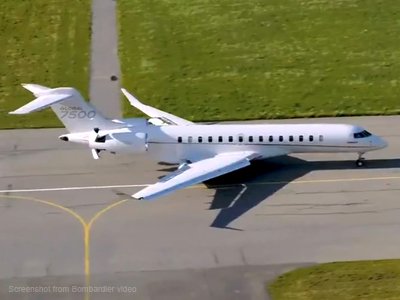 The Bombardier Global 7500 makes its approach for a landing performance demonstration at Gstaad Airport in the Swiss Alps.

The Bombardier Global 7500’s nacelle systems – for which Middle River Aerostructure Systems has the lead industrial role in its Nexcelle joint venture with Safran Nacelles – contributed to this business jet’s short runway, high-altitude airfield performance during an operational demonstration at Gstaad Airport in Switzerland.

Becoming the largest purpose-built business jet to operate out of the Swiss Alps’ popular airfield, the Global 7500 confirmed its capabilities during a recent visit to the 3,284-ft.-high airport – which has a relatively short runway with nearby obstacles around, and along, its axes. The approach is so demanding, pilots must be familiar in advance with a specially prepared airport briefing. 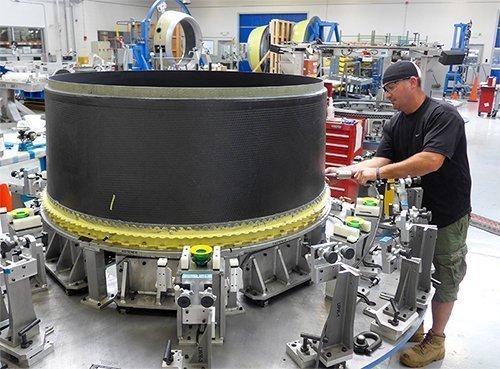 Integrated in the nacelle system as well is a simplified composite fan cowl with large cowl doors (103 inches in length) that facilitate access to the Passport engine for inspection and maintenance, while also reducing system weight.

Another key element of the Passport nacelle’s systems is the target-type thrust reverser – supplied in the Nexcelle joint venture’s work share arrangement by Safran Nacelles – which assists the Global 7500’s deceleration and braking on landing.

Reducing the landing rollout with thrust reversers on Nexcelle’s nacelles

During its demonstration flight into Gstaad Airport, the Global 7500’s flight crew deployed the target-type thrust reversers after touchdown, helping reduce the rollout distance to just under 1,600 ft. on the facility’s 4,590-ft.-long runway.

Bombardier delivered its first Global 7500 in December 2018, with the large-cabin business jet receiving recognitions that include Aviation Week magazine’s Grand Laureate award and Business the Jet of the Year ranking in Robb Report’s “Best of the Best 2019” survey.

Equipped with nacelle systems from the Nexcelle joint venture, Bombardier’s Global 7500 is shown just before touchdown at Switzerland’s Gstaad Airport in the Alps.