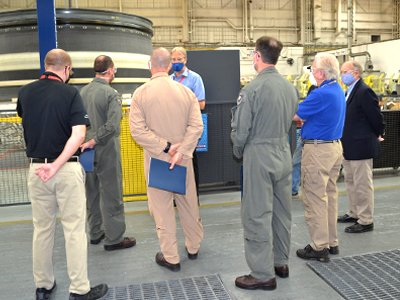 The U.S. Naval Test Pilot School “touches down” at MRAS for a plant visit 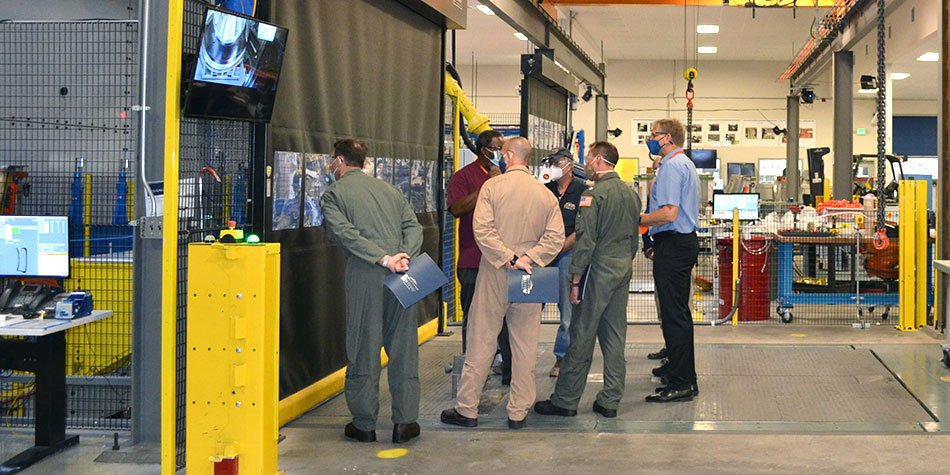 The U.S. Naval Test Pilot School’s visit to MRAS included a tour of the Middle River factory, with an emphasis on the company’s skills that cover the scope from bonding and machining to assembly, tests and certification.

A trio of aviators from the U.S. Naval Test Pilot School visited Middle River Aerostructure Systems (MRAS) this month for a tour that provided a perspective on the company’s activities – past, present…and in the future as a business of ST Engineering.

The visit included an overview of MRAS’ manufacturing capabilities – including its expertise in composites and bonding – for products ranging from jet engine nacelles and thrust reversers to aerostructures and engine components. 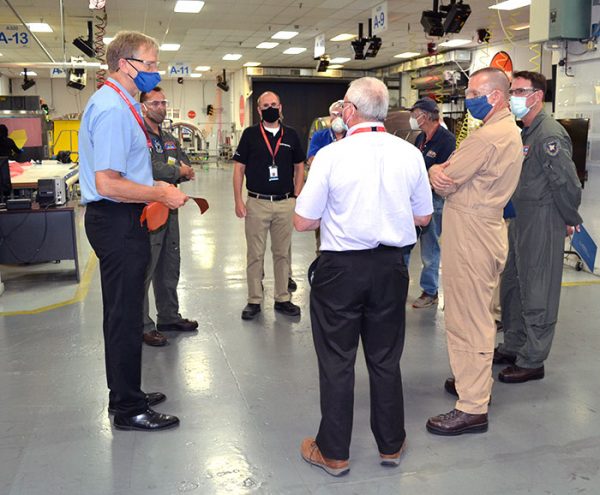 Another focus was on the rich 90-year aviation history of MRAS’ Middle River facility, which traces its roots to the Glenn L. Martin company. Airplanes built at Middle River for the U.S. Navy encompassed such aircraft as the 1930s’ Martin PM-1 patrol seaplane and the BM-1/BM-2 dive bombers (which operated from America’s first-ever aircraft carrier); the very large XPB2M-1 Mars cargo airlifter flying boats built during the 1940s; along with the PBM Mariner that served from the 1940s and the P5M Marlin flying boat patrollers, which remained active into the late 1960s.

More recent is the MRAS facility’s production of aerostructures for the Lockheed P-3 Orion as part of this multi-mission maritime patrol airplane’s life extension and upgrade programs. P-3s are in service with the U.S. Navy and the military services of numerous other countries around the world.

For this month’s visit by the Naval Test Pilot School, the aviators flew from Naval Air Station Patuxent River to Martin State Airport, located adjacent to the MRAS factory, and the group was briefed by employees as well as company managers that included Rick Wehmer, Vice President – Operations; and Terry Vernes, Director of Process Engineering & Composite Manufacturing.