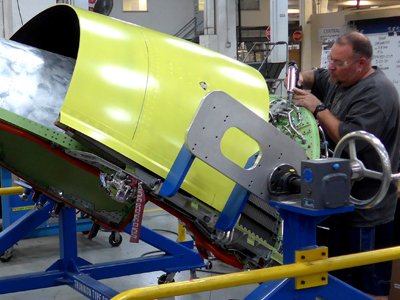 MRAS is uniquely positioned to offer cost-effective, low-risk nacelle solutions for the reengining of USAF B-52 bombers

As the U.S. Air Force advances its planned B-52 reengining program, Middle River Aerostructure Systems (MRAS) is ready to provide the company’s expertise in highly efficient, cost-effective nacelle systems for the operational lifetime extension of this long-range strategic bomber.

MRAS is uniquely positioned as the original equipment manufacturer of key nacelle components for the various engine versions under consideration for B-52 reengining.

For the CF34-10A engine, MRAS developed the fuselage-mounted nacelle system components – consisting of the air inlet, fan cowl and thrust reverser – that are in service today on the current generation of regional jets. MRAS understands the challenges of packaging short-duct nacelle components in the side-mounted and under-wing configurations, and brings innovative product solutions to support the integration effort. 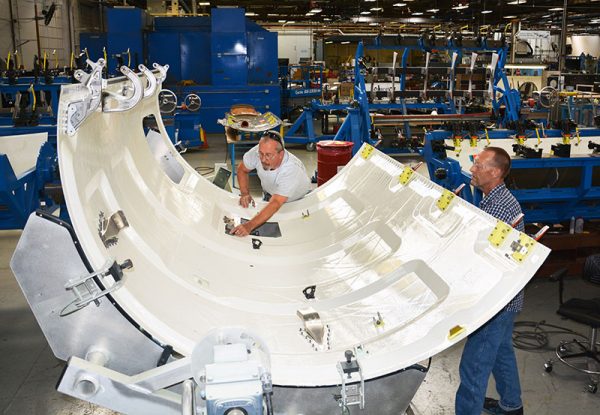 A lightweight fan cowl for the Passport engine is inspected proir to shipment from MRAS’ Middle River, Maryland production plant.

MRAS has the lead industrial role on the nacelle system for the Passport engines that power Bombardier’s Global 7500 business jets, developing and producing the nacelle’s air inlet and fan cowl.

Features of the Passport nacelle air inlet include an innovative anti-ice system that uses a directed flow nozzle concept; and a 360-degree, single-piece extended inner barrel incorporating advanced acoustic protection for lower engine noise levels. This nacelle’s fan cowl was designed for simplicity and has an overall length of 103 inches, which allows improved access for on-aircraft maintenance while lowering the system weight.

MRAS’ solutions offered for the Passport also can be easily adjusted to fit other long-duct engine options for B-52 reengining, such as the Pratt & Whitney PW800 and the Rolls-Royce BR725. 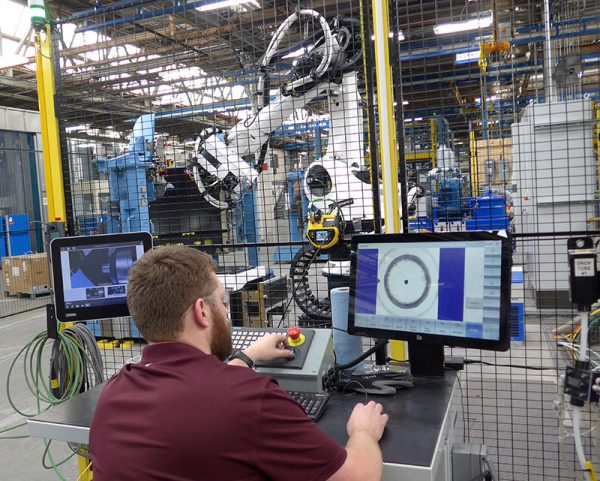 Multi-million-dollar investments in the latest production resources include this computer-controlled robotic assembly cell.

The MRAS production site at Middle River, Maryland (on the Chesapeake Bay near Baltimore) is among the most modern of its type, with the company’s multi-million-dollar investments in automation bringing the full advantages of outstanding manufacturing quality, improved cycle times and cost savings, along with the ability to rapidly introduce – and increase – production capacity.

In offering complete solutions for the development, production and support of aircraft nacelles and aerostructures in both metallic and composite materials, MRAS’ state-of-the-art production resources include automated fabrication; along with robotic assembly, painting and finishing – all of which are linked via a strict adherence to the digital thread from engineering concept to the factory floor.

One of the recent additions at Middle River is a computer-controlled robotic assembly cell. Its multi-axis robot uses the nacelle component’s actual engineering model for high accuracy during the assembly actions, which include drilling, countersinking and the installation of fasteners.

Complete program expertise at Middle River – from concept to delivery

Contributing to MRAS’ role as a low-risk solution provider for B-52 reengining is the company’s unique end-to-end program expertise, from development, design, integration and testing to flight test support and certification – all centered in the company’s 1.7-million sq. ft. facility at Middle River.

This “under one roof” capability covers a full scope of design and analysis toolsets to develop weight- and cost-optimized designs, as well as focusing on lean principles and continuous improvement to realize and industrialize products to the most stringent demands. It also enables MRAS’ assembly group to work in close coordination with the company’s designers – ensuring optimum producibility for structures and parts.

All of MRAS’ current capabilities builds on the company’s 90-year history of supporting military and civilian aircraft programs, with its propulsion-related industrial activities including a key role in the U.S. Air Force C-5M Super Galaxy reengining – performing the design and certification for the CF6-80C2 powerplant’s thrust reverser. 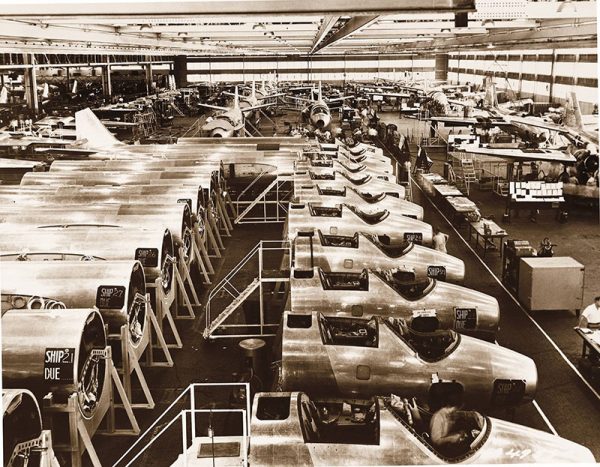 Among the aircraft assembled at MRAS’ Middle River production facility was the multi-role B-57 Night Intruder, flown by the U.S. Air Force as a bomber, reconnaissance aircraft, electronic countermeasures platform, as well as for weather research flights and other duties.

In addition, MRAS manufactured the translating cowl thrust reverser for the C-5 Galaxy’s original TF39 engines, and it designed and produced the exhaust nozzle for C-130J Hercules airlifters.

The company’s heritage traces its roots to aviation pioneer Glenn Martin, with more than 10,000 aircraft built at the Middle River production site that ranged from B-26 Marauder bombers, P5M naval flying boats and multi-role B-57 Night Intruders to Pan American Airways’ iconic M-130 “China Clipper” and the Martin 404 airliner.